The workshop invites participants to take risks by making concrete suggestions and to experience the implications of their ideas on ‘creature’ with immediate effect. Participants are thus responsible for the outcome of the scenario, and given the urgency of the fictional dilemma, they are invited to immerse themselves in the workshop. After the workshop, participants reflect upon their choices in the wider context of their own work, considering the implications of exclusionary social constructs.

The workshop will be co-facilitated by Melanie Frances and Sylvan Baker.

Melanie Frances is a creative director working at the intersection of theatre and gaming. She creates artistic works that are playable; both live and digital interactive experiences that invite audience members to actively engage, construct their own route through an experience, and often, change what they see. Melanie has extensive experience as an interactive and immersive storyteller, primarily with interactive, digital theatre company Produced Moon.

Melanie is also a Visiting Lecturer and Digital Consultant with the Applied Theatre team at the Royal Central School of Speech and Drama, working to explore and promote best practice in digital interactivity in applied theatre projects.

Dr Sylvan Baker is a researcher, practitioner and Lecturer at Royal Central School of Speech and Drama, he has  experience in a range of applied arts contexts. He is an Artist Fellow at QMUL and an Education Fellow for the RSA. His research enables individuals to explore social issues through diverse artistic practices. His current projects are working with young people with experience of care and practice aimed at disrupting racial exclusion for students and staff in Higher Education. He has just been elected a Member at Large for the Black Theatre Association for ATHE. 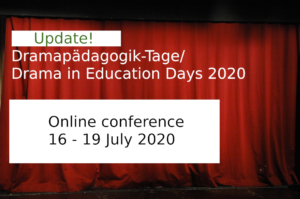